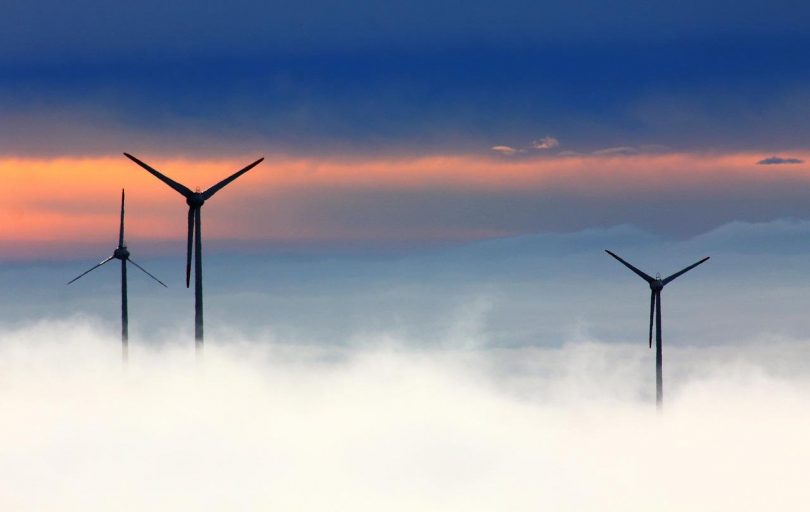 Wind turbines are a great way to produce clean, renewable energy. But how do they work? In this blog post, we’ll discuss the science of energy production by wind turbines. We will also discuss some of the pros and cons of using wind turbines to produce energy. Enjoy your reading and…good luck 😉

What is a wind turbine?

A wind turbine converts the kinetic energy of the wind into mechanical energy. This energy can be used to generate electricity or to power other devices such as water pumps. Wind turbines are usually mounted on towers averaging 120 m in height, with large blades connected to a shaft, which drives a generator producing electricity. They can vary in size from small domestic appliances to large industrial machines. As mentioned in the introduction, wind power is a clean and renewable energy source, and has been used for centuries to pump water and grind grain. Today, wind turbines are an important part of theglobal effort to reduce greenhouse gas emissions and combat climate change.

How much power can a wind turbine produce?

The power of an industrial wind turbine is generally much higher than that of a domestic wind turbine. Industrial turbines can generate up to several megawatts of energy, while domestic turbines generally produce only a few kilowatts.

What are the best places to install a wind turbine?

What are the advantages of wind turbines?

Wind turbines have a number of advantages over other methods of energy production. First, they produce no emissions, making them much cleaner than fossil-fuel plants. Second, wind turbines can be built on land that is not suitable for other types of development, such as agricultural land. Wind turbines require very little maintenance once they are built. Also, wind energy is a renewable resource, so it will never run out. Finally, wind turbines can be used to generate electricity in remote areas where there is no access to the grid.

And what are the disadvantages of wind turbines?

The main disadvantage of wind turbines is that they require a large amount of land to produce a significant amount of energy. People living near wind turbines complain about the noise they produce. In addition, wind turbines can only produce energy when the wind is blowing, so they are not a reliable source of energy, even though they are installed in these particularly windy areas. Finally, wind turbine blades can kill birds and bats that hit them.

What are some of the challenges of using wind turbines to generate energy?

The biggest challenge with using wind turbines to generate energy is that it is difficult to store the electricity they produce . As discussed below, if there is no wind, there will be no electricity. In addition, because wind speeds can vary widely from day to day, it can be difficult to predict how much electricity a wind turbine will produce. As a result, utilities must have other sources of power to meet demand when the wind is not blowing.

Despite these challenges, many experts believe that wind turbines are a key component of power generation in the future. As technology advances, it is likely that the challenges of using wind turbines will be overcome and they will become an increasingly important source of revenue for utilities and landowners.

What are the different types of wind turbines?

Which country has the largest wind farm in the world?

According to the International Energy Agency, China is the leading producer of electricity from wind with 365.8 TWh (more than 28% of global production). The United States is in second place (303.4 TWh or 24%) and Germany is in third place (126 TWh or 9%)

The United States, like China, has a lot of open space where wind farms can be built. The U.S. government also offers tax incentives to companies that build wind farms. The wind industry in the United States has grown rapidly in recent years. In 2016, wind power provided about six percent of all electricity generated in the United States. That number is up from just one percent in 2008.

Can you install wind turbines at home?

If you are interested in producing your own clean, renewable energy, then a home wind turbine might be a good option for you. However, there are a few things to keep in mind before doing so.

The installation of a domestic wind turbine can cost between 1000 and 5000 euros. This depends on the size and type of wind turbine you choose, as well as where you live. If you are interested in installing a wind turbine, it is important to compare the different types and find the one that will best suit your budget and needs.

Is wind power a solution for the future?

The world is facing an energy crisis. Fossil fuels are running out and the greenhouse gases they emit are causing climate change. Wind energy can be used to produce energy on a small or large scale, is renewable, and is a clean energy source that can help reduce our dependence on fossil fuels. As the world looks for ways to solve the crisis we face, wind power could prove to be a critical piece of the puzzle.