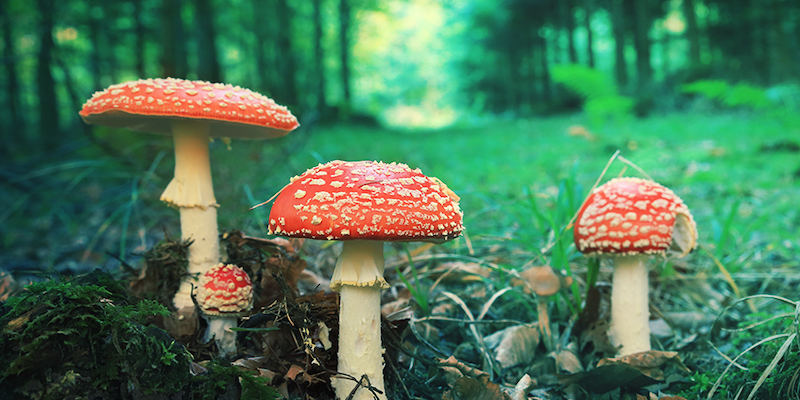 At the risk of disappointing you, there is no survival guide for the perfect mycologist (the one who studies fungi) to recognize at first glance an edible fungus of another toxic or even deadly. It would be dangerous to give you generic advice on identifying an inedible fungus as there are exceptions that deflect the rule. Seasoned mushroom pickers will tell you that to fully appreciate an edible species, you must know its inedible cousin :).

In France, there are, on average, 1,000 cases of poisoning per year, mainly due to the ingestion of inedible mushrooms. This is little compared to the number of mushrooms consumed per year in the country (1.5 kilograms of mushrooms grown per capita). No one, on the other hand, wants to keep bad memories of indigestion, purges or unexpected vomiting, does he?

Below, I present a TOP 3 of the most dangerous mushrooms, which unfortunately we find quite often in the forest or on the edge of wood. Get your notebook ready!

Responsible for more than 90 of the world’s serious poisonings, this fungus is considered the most dangerous. It is mainly found in forests, preferring to grow next to oaks (beware of exceptions). Wearing a smooth-brimmed hat on white blades, it has a membrane ring and volve at its center and base respectively. Amanite can vary from olive yellow to olive brown. Its brown color can be confused with edible mushrooms of the same color as Bolets. Its toxicity is formidable, damaging the liver and kidneys and causing 10 deaths in people with the disease.

The Angel of Death (amanita virosa)

Much less known than phalloid amanite, this species of fungus is widespread and appears after summer storms, under hot and humid weather. Beware, like all toxic fungi, amanita virosa can be confused with aniseed wood agaric, an edible species that appears white as amanita virosa in dry weather, and gives off an aniseed smell. The angel of death is well named because a single medium-sized mushroom can result in the death of a human being.

Because of its remarkable color opposition on his hat (white-stained red), fly-killing amanite has become the most represented fungus in comic strips. Coincidentally or not, the big mushroom on the cover of one of Tintin’s most famous albums, theMysterious Star,is a kind of inverted fly-killer amanite with its white red-stained hat.

The element responsible for the toxicity of this fungus is the muscimol. It has hallucinogenic properties and is not very similar to a drug. Fly-killing amanitis is not fatal, but the consequences of drinking can be harmful in some people: a state close to inebriation, depression, hallucinations…

Where does the name “fly-killer” come from? Fly-killing amanite attracts the ear when pronounced. Its name comes from the strong insecticide power resulting from a preparation from chopped mushrooms given to flies.

Pharmacists or mycology associations: how to get advice

After a successful harvest in the forest, if you have any doubts about the mushrooms you have picked up, don’t hesitate to go to your pharmacist. These practitioners receive mycology training during their studies and recognize the main inedible mushroom species in their area. Be forgiving on the other hand, there are more than 35,000 kinds of mushrooms in France in france, so doubt is allowed, even for health professionals. In addition, the number of hours taught to French pharmacy students tends to decrease over the years, which can become a real public health problem in the future.

The other solution is to get closer to the mycology associations in your area who, on a voluntary basis, organize conferences to recognize the fungi and explain the consequences of intoxication related to their consumption.